A series of digital-presentations on the theme of the “High Point of Sailing Ships” and the “People and Ships of R&J Craig of Glasgow” has been delivered to enthusiastic audiences – around the globe. 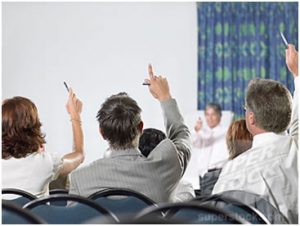 An initial talk on this theme was delivered whilst rounding Cape Horn in a large American ship in December 2008. Subsequently the first land-based presentation on this theme was given to the Dorset Branch of WSS (World Ship Society) – who had booked a talk 14 months in advance. It was delivered in May 2009, followed by a presentation to the Tayside – Family History Society (Dundee) in June 2009.

There is a forward load of talks planned for societies and events with a major family interest in or link with UK Maritime History.

There was a special presentation to a large gathering on RRS Discovery in June 2009. The latter was sponsored by the Tayside – Family History Society (Dundee). Other similar societies and Club bookings have followed.

One recent Talk (to a private Yachting Society with a keen interest in maritime matters) was sold-out at 160 seats. A delegation of members from the International Association of Capehorners had also requested places – and a few late comers had standing room only! The popular questions and answers session included a rich variety of insights (from the learned audience) covering 19th century aspects of navigation, build materials, anti-fouling and top sailing speeds.

A further series of talks is scheduled for those with a significant family interest in (or link with) UK Maritime History. Two recent talks were delivered on board a large cruise ship navigating around New Zealand en route to the Tasman Sea. The smaller audience (of around 80 people) prompted an outstanding crop of interesting and fruitful questions. It was thought that the typically boisterousTasman passage probably reduced the appetite to attend!

Two Presentations were given in November 2017 on a large ship (well-known Liner) in mid-Atlantic. The questions & answer sessions were, as usual, full of new information & insights from experienced passengers. This is much appreciated as it contributes greatly to building a better picture of the history of the period.

Some recent comments are:

” . . . . .quite remarkable original photographs of the era”

“. . . impressive photographs of that era”

“Not to be missed” said another attendee.

A forward schedule of speaking commitments paused in 2020, due to the Covid-19 pandemic has halted ‘live’ engagements through 2021 (so far) – until further notice.