When and how does a ‘safe anchorage’, or a harbour, become a “Port”?

Depending on where produce was to be sold, and where ships could reach, determined the location and form of harbours.

This section will discuss the primary and secondary ‘Ports of Call’ of the late 19th Century Scottish clippers.

Glasgow became the ‘Second City of the Empire’ during the reign of Queen Victoria (1860-1901). As the main town of the County of Lanarkshire, Glasgow grew from a small town on the shallow River Clyde, to a major metropolis on the banks of a relatively deep-water port by the mid to late 19th Century. Dredging had been initiated in the early 1800’s and developed into a major industry. This prepared the way for enormous cargo docks (wet-docks), and dry-docks for vessel maintenance and refits. Glasgow Harbour, an area near the recent redevelopment of the inner city (new BBC-Scotland building and the modern Transport Museum) was less than 2 kilometres from the heart of the City. Great shipping firms and commercial enterprises were only minutes walk away from ships arriving with highly valuable cargoes. The amazing ‘buzz’ of this city was conveyed all round the world by the many Scottish sailors who passed through on the way to a life at sea. 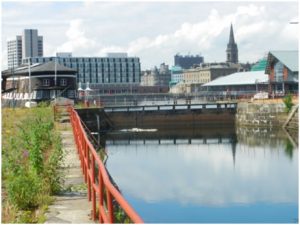 The British Royal Navy, by the early 18th Century, had created outposts around the world. Many such places were verdant islands with safe places to anchor, and where fresh meat, fruit and vegetables could be obtained. Some stopping points were uninhabited, with not much more than a sheltered bay, with some raw materials (wood, stones, etc) for repairs. 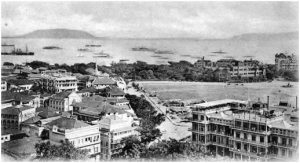 Bombay: Vista of city and bay – circa 1890 {Private Collection} 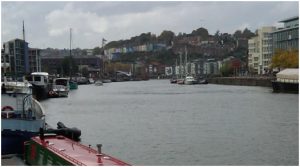 Bristol ‘Floating’ Harbour; image (2010) looking West, of one of the main basins 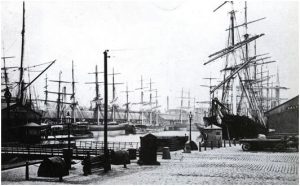 Key Ports to & from Far East

Later the destinations were: 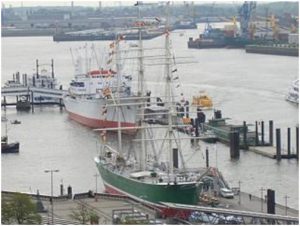 Hamburg: used by ‘County’ ships after 1890; image of the central harbour area.

A third phase developed from 1886:

Key Ports to & from Atlantic seaboard:

Key Ports to & from Pacific seaboard: