A whiff of some more recent history on this 4th of the big-twelve “Counties” appeared as late as August 2016. A salvage Company, operating on a huge “clear-up project” in the River Parana (Argentina) between 1969 and 1973, reported having encountered a large submerged hull, with characteristics similar to this vessel – “full of sand” and left on the River bed. Although at first it was considered a likely candidate for the hull of the old ‘Kinross, it transpired that it was a later design of ship – made of steel. But the possibility of finding remnants has not gone away. Images are still being traced of a reputed picture of the old hull (as a hulk) whilst named “Marpesia“ – possibly in the 1930’s. 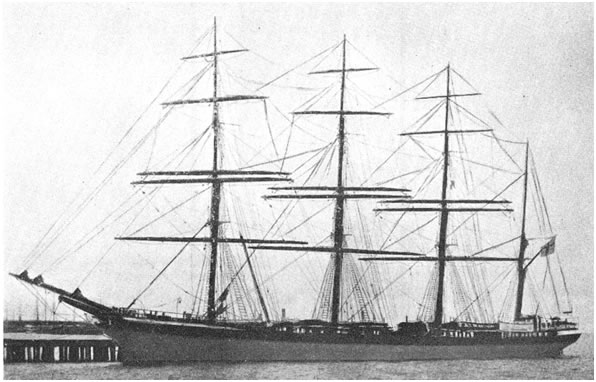 It has since become clear that many submerged wrecks were disposed of progressively by the Government. However there are continuing hopes that something or some things of this old vessel have been preserved in local institutions or scrap-yards .